LT Arabia Shanklin hails from Steubenville, Ohio. She commissioned from the United States Naval Academy in 2013 with a major in Economics and concentration in Chinese. While at the Naval Academy, she lettered 4 years in Women’s Track and Field and holds an all-time record in the 400m dash.

Arabia attended Basic Division Officer School and commenced her first tour assigned as the First Lieutenant and Main Propulsion Assistant aboard the USS SIMPSON (FFG 56) where she qualified as a Surface Warfare Officer and deployed twice to the Mediterranean Sea and the Arabian Gulf.

Following the decommissioning of SIMPSON, Arabia was assigned to the USS Whidbey Island (LSD 41) as the Command Training Officer and Legal Officer, where she trained more than 150 outstanding Sailors through an AFRICOM deployment and qualified as an Engineering Officer and Tactical Action Officer. While stationed in Virginia, she remained an community servant and public speaker known for her advocacy of the military-civilian community partnership.

Arabia’s initial shore duty enabled her to move to Camp Pendleton, California to be with her husband Captain Gerrico Shanklin, and serve as the CG I MEF G-6 Amphibious Communications Liaison Officer where she qualified as a Fleet Marine Force Officer. Her Marine Corps tour was cut short when she was nominated to serve as Flag Aide to the Commander of Expeditionary Strike Group THREE; the Admiral in charge of the largest expeditionary strike group in the world.

Arabia co-founded the United States Naval Academy Minority Association (USNAMA) an organization that captures the diversity of thought, experience, and leadership within the Brigade and esteemed alumnus. She has been featured in VOGUE Magazine as one of this generation’s trailblazing black servicewomen and highlighted in the “Proudly She Served” traveling art exhibit of large portraits which honor active duty military and veteran women who exemplify courage, strength, and selfless service. She currently serves on the executive board of MENTORCH, a mentorship tech start-up.

Arabia is a professional actress with a lead role in the television series “Mayflower” and day-time soap opera “Promiseland”, a serial entrepreneur, and avid gardener.

Her personal decorations include the Navy Commendation Medal, Navy Achievement Medal, as well as other individual, unit and campaign awards. 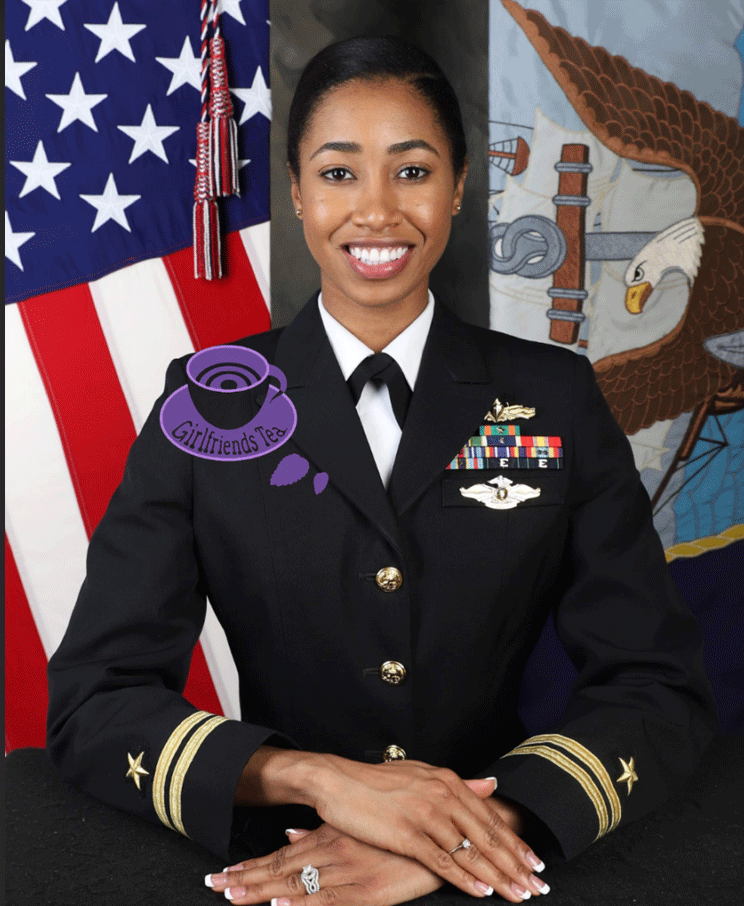